Play to Earn Crypto » Crypto Games » MMORPGs » Forgotten Chain
Be careful when getting involved in games. While we try to only list projects that are trustworthy, there is a chance they won't deliver what is being promised. No content on this website is investment or otherwise financial advice. What is Forgotten Chain?

Get a champion, choose a kingdom to fight for, and set out into the mysterious world with your weapon, your mount, and your pet to prove your worth in the action-packed combat system by defeating monsters, bosses, and other players, or explore the world as a peaceful forager of goods and rares, establishing a reputation as a skilled refiner, miner, fisher, and craftsman.

In-game NFTs are obtained via rare monster drops and in-game events. They’re useful and functioning NFTs that can be put into the Game Framework and turned into unique in-game objects. These NFTs can be purchased or sold in-game (auction houses, player marketplaces) as well as via third-party NFT exchanges outside of the game world. 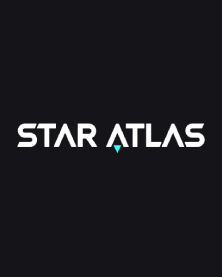 Play-to-Earn MMORPGs Windows Blockchain Games NFT Games F2P Crypto Games Play-to-Earn Guides
* Links marked with an asterisk may contain referral links, meaning that we receive compensation from these partners. Editorial standards are crucial to us and we will never link to services we wouldn't recommend otherwise. This doesn't result in any additional costs for you, thus being a user-friendly way for us to help covering costs and improving our website.