Play to Earn Crypto » Crypto Games » Sports Games » MonkeyBall
Be careful when getting involved in games. While we try to only list projects that are trustworthy, there is a chance they won't deliver what is being promised. No content on this website is investment or otherwise financial advice. 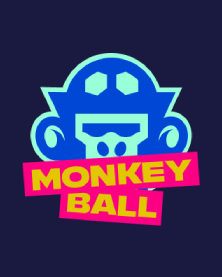 MonkeyBall is a quick, turn-based, Play-to-Earn, arcade, soccer game offering a high-production-value gaming experience. Matches are played between two teams, each with 4 Monkeys playing the positions of Scorer, Defender, Midfielder and Goalkeeper. With 6 rounds of play per half, the first team to 3 goals wins.

Back at HQ, boost your Monkeys’ abilities and in-game performance by caring for and training them, as well as increasing their morale. Stadium owners are rewarded for matches they host, while other players can be spectators and influence the gameplay by cheering for a winning team to increase their gameplay.

When a match ends, the in-game currency token, MonkeyBucks ($MBS), is split between the winning team, the Stadium owner, and the spectators who rooted for the winning team.

Play-to-Earn Sports Games Windows Blockchain Games NFT Games F2P Crypto Games Play-to-Earn Guides
* Links marked with an asterisk may contain referral links, meaning that we receive compensation from these partners. Editorial standards are crucial to us and we will never link to services we wouldn't recommend otherwise. This doesn't result in any additional costs for you, thus being a user-friendly way for us to help covering costs and improving our website.